Home > Mobile Phones > Getting Rebates Back 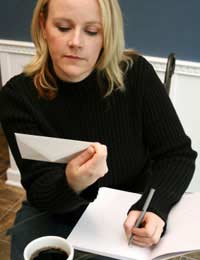 Many consumers have been tempted into good-looking mobile phone deals on the basis of deals that offer a rebate after a certain amount of time. A new top-end phone can effectively be offered free, once the rebate (also known as cashback) has been taken into account. But how do the cashback deals work and what are the pitfalls to watch out for?

Work Out Who You're Dealing With

The first point to make is that the company selling the phone and the contract is usually offering the cashback deal, not the network operator (otherwise know as the network provider). There are really only five mobile network operators: O2, T-Mobile, Vodafone, Orange and 3. They run and operate the actual phone networks that connect the calls.

The other firms involved are either resellers, for example Virgin, who resell T-Mobile's services, or retailers, either local one-shop businesses or larger chains such as The Carphone Warehouse Group. Retailers such as these can sell virtually any phone and on any network, as long as the network supports that phone.

It is the resellers and retailers that have been offering these cashback deals, not the operators, and often smaller companies using newspaper ads and the internet to reach a broader market. The companies offering these deals are relying on many customers never claiming the cashback, either because they forget or can't be bothered. Figures or 50% or even 70% non-claimants are bandied about.

There are some more unscrupulous retailers who have noticed this trend and tweaked the deals to suit them. They will design the terms and conditions for getting the cashback so tightly that it's virtually impossible to claim the money back, even for the customers who try.

So if the business model that some retailers are using relies on most of the cashback deals never being claimed, what happens when savvy customers start to get wise and begin to claim successfully? Well, then the companies go bankrupt, because they can't afford to pay all the cashback claims.

And with more consumer-focussed television programmes and websites urging customers to make sure they claim their rebates, and the general downturn in the economy, small mobile phone retailers have stared to go belly up at a rate of one or two each month.

Upping the Odds in Your Favour

So what's the best chance of getting the cashback deal you were promised?

If you do all of the above and still can’t get your money, consider using the small claims court to get your money back. If the company has gone bankrupt and you are stuck on a high cost contract (because the cashback was going to offset that) then you can try appealing to the network provider, who may release you from the contract early, or renegotiate the contract with you.

They don’t have any obligation to do this, but after all, they won't be paying commissions to the bankrupt reseller any more, so they will now be making more money out of your contract each month.

Avoid Cashback if You Have Any Doubts

Cashback deals are now getting a lot of negative attention from the media. There's no reason to avoid them as long as the firm is a large, reputable concern and you are sure that you can be disciplined enough to comply with the terms and conditions of the cashback deal.

If you are uncertain about this then go for a straight deal with no cashback.