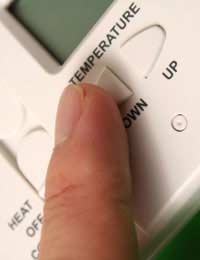 Landlords' responsibilities for utility charges on empty properties are something of a grey area. The situation varies according to the utility in question, the company supplying the property, the contract(s) that were in place with the tenants and what happened when the tenants vacated the property.

Let's take the best case scenario first. In an ideal world a tenant will let the supply company know when they are going and leave a forwarding address. When they leave the liability for any charges after that will pass to the landlord, and when a new tenant arrives they will take up a new contract with the existing supplier or a new one.

This means the landlord will be paying charges accrued during the void period, but of course if the utilities are barely used then those charges will be very low. The alternative is to terminate the contract and allow the supply to be cut off. This probably makes sense for a telephone service, but not for a gas or electricity supply.

Telephone accounts can be closed and when the new tenants move in they should easily be able to start up a contract with a new telephone supplier. As the line will still be in place the reconnection should be quick and the charges low.

Gas and electricity supplies are a bit different. Apart from the fact that it is considered acceptable for tenants to set up their own telephone supply, it is not acceptable to provide a rental property without electricity and gas (or whichever form of heating is used). Cutting off and reconnecting a supply usually entails a visit to the property by qualified engineers so suppliers may levy charges for disconnecting and reconnecting. It would be difficult to get tenants who would accept paying those charges.

If you find yourself with bills coming in from a utility supply company who had a contract with the departed tenant the liabilities may end up with you. Although the tenant has gone, under certain circumstances the utility supplier may consider that a 'deemed contract' is in place and you will be picking up the tab.

If a property is vacated the landlord should get in contact with all the utility suppliers and inform that the tenants have moved on, with their new addresses if possible. The utility companies may then make standing charges for maintaining the supply, even if there is no usage.

This is down to the individual contract with each supplier, some may do this and others may not. But if you find that tenants have left without sorting this out and you are being hit for supply charges, it's unlikely that you can do anything about it. If you think the situation is unfair, you need to get legal advice.

Consider Leaving Utilities Up and Running

To be honest, with gas and electricity you are probably better off leaving the supplies connected in any case, particularly if you want to find a suitable tenant as soon as possible.

Finding that tenant will be much more likely if the house is lit and heated, and in winter it will pay to have the heating on to avoid any frozen and burst pipes. Getting rental income coming in faster will outweigh any small charges for gas and electricity charges on an empty property.