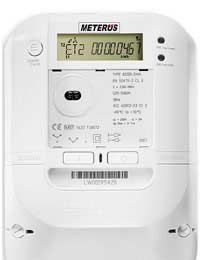 The government has announced that smart meters will be installed in every home in the UK by 2020, but what is a smart meter and who will be paying for it? What is the motivation for installing smart gas and electricity meters throughout the land, and who stands to gain or lose from it?

A smart meter will monitor utility usage in the home in the same way that ordinary meters do today but they will have a control panel where householders can see exactly what they are spending at any given time. They will also report usage back to the utility companies so that means an end to estimated bills and visits from meter readers.

There is nothing to stop customers saving money with an ordinary meter, of course. But few people take the trouble to take meter readings when they switch things on and off and existing meters only show what you have used, not how much you are using at any given moment. In smart meter trials, running for two years before the government's announcement, customers reported making energy cost savings simply because they could see at a glance how much each appliance cost to run.

Trial customers reported shortening shower times, lowering washing machine temperatures, using tumble driers less frequently and turning appliances off rather than leaving them on standby. The ability of a smart meter to make customers immediately aware of the cost of their actions led to some trial members reporting savings of up to 10% on their bills.

Who's Really Paying for Smart Meters?

Meeting the cost of the upgrade has been a major issue since the announcement. Government grants will meet some of the cost and the utility companies the rest. This effectively means taxpayers will foot half the bill and utility customers the rest, as the utility companies are likely to pass on their costs in the form of higher energy prices. Of course energy customers and taxpayers are by and large the same people.

It's for this reason that the government are keen to talk up the cost savings in the form of lower bills, the theory being that the savings will offset the extra cost. But the utility companies will be making massive savings by dispensing with meter readers, call centre staff taking calls about estimated bills, and the middle managers who supervise all those people. Losing all those salaries, National Insurance payments and pension contribution is something they are likely to be very happy about.

The government announced the smart meter initiative quoting costs of £7 billion for the whole initiative and it could be that the cost saving equation may balance. However, six months before that announcement, when ministers gave the project the green light, the government were talking about £7 to £9 billion. Then a week later a major accountancy firm announced that they considered this a gross underestimate and that their best guess came in at 13.4 billion.

The government say that they will be monitoring the utility companies to make sure that costs aren't passed on to customers in the form of excessive charges. But it will be difficult to do this and even harder to prove that it has been done. If the project costs do overrun it's unlikely that the utility companies will put up with footing the bill.

Looking at the bigger picture smart meters will almost certainly lead to lower energy usage, reducing the load we place on the planet, and that has to be a good thing. But there's one final point to make and that is about the data being collected. How long will it be before the first case comes out of a house being burgled because the meter has shown it to be unoccupied? All it would need is one unscrupulous person working at the data centre who needs a bit of cash on the side.

How to Avoid Electricity Cut Off
Share Your Story, Join the Discussion or Seek Advice..
Our electricity supplier has been offering a free installation of smart meters..............but no reference is made about whether the customer pays for the power supply needed to run the meter itself, or the portable handset which I guess is either battery powered or is plugged into a socket to activate its receiver. Having done a very small amount of research regarding this point on the internet, I am now aware that this issue has been raised as aconcern for consumers in Canada, whilst in the USA it appears that somebelieve the cost to them is around $36 to $48 each year.
safflower - 20-Dec-13 @ 12:52 PM
Title:
(never shown)
Firstname:
(never shown)
Surname:
(never shown)
Email:
(never shown)
Nickname:
(shown)
Comment:
Validate: