Home > Ask Our Experts > How is Amount Per Watt Shown on Your Electricity Bill?

How is Amount Per Watt Shown on Your Electricity Bill? 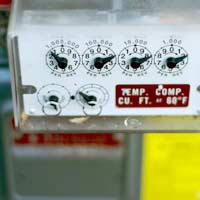 On an electricity bill - how do you read the charges for the amount per watt used or how is it shown on the bill? Then how do you compare your usage to the reading etc?

In other words is the cheapest company the one that charges least per unit? What else should I look out for?

We can't be completely sure here as we don’t know which supplier you're with, nor do we have examples of all the electricity suppliers' bills to hand. But we can make some general assumptions that should work out. The first is that the units should be the same across all suppliers so yes, the cheapest company is the one that charges the least per unit.

Of the bills that we do have examples of, some show a total in kilowatts per hour (kWh) and others show it in 'units'. Fortunately a unit is one thousand watts used for an hour, so they can be treated as exactly the same thing. If you suspect that your units are not the same as a kWh, or there are some other units being used, phone your supplier. Ask them what they are using to charge and what the relationship of their unit is to a kWh.

To work out what your usage should be you need to look at the power rating of your appliances and then multiply that by the amount of time you use them. This will give you a total in kWh to compare with your bill.

To take another example lets look at an appliance. You can find out the electricity rating by looking on the panel on the back. Assuming you have a tumble dryer that's rated at 2.5 kilowatts (kW) that you use three times a week for about one and a half hours, you can calculate it in the same way:

It has to be said that this is a rough estimate and it's time-consuming and painstaking to work it all out. You might be better off getting a consumption meter that tells you what's being used at any given time. You can then go round turning things off and on to see which ones are hogging it all. There is a variety on the market but if you don’t want to buy one you might find that local community groups or green organisations have them to lend out.
Next Page

What do we do About Our Electricity Bill?
Share Your Story, Join the Discussion or Seek Advice..
My mothers old house is owned by my brother and myself. It has been up for sail for three and a half years eith none living in it. and is totaly emty. Now british gas we owe 242 pounds the next day i phone them to pay this the next day they tell me i owe 435 pounds they cannot explane this to me, as I have ben puting topups on the card. I got past around each time i was told diferant things. now I am still waiting for them to brack it downand give me a list of dates i mad payment on the cardbut todate they cannot. I know i do not owe as much as they say. But they are telling me nothing
Arthur Thompson - 2-Sep-20 @ 3:48 PM
I am looking to give my gas and electric domestic custom to a company outside the main ones. I currently have both with BG but will not allow G4S to enter my home to take a meter reading, BG say they have a contract with G4S and cannot offer any other arrangement so I am looking for an ethical company to supply my energy. Any ideas?
samantha1 - 18-Mar-12 @ 8:26 AM
Title:
(never shown)
Firstname:
(never shown)
Surname:
(never shown)
Email:
(never shown)
Nickname:
(shown)
Comment:
Validate: