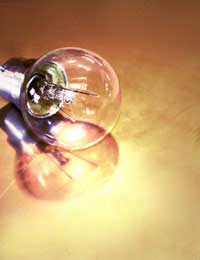 Was privatising electricity the right thing to do? Many people remember well that in 1990 the Central Electricity Generating Board was dismantled into three companies, Powergen, the National Grid Company and National Power, making a major change in policy, especially when 12 regional electricity companies, providing supplies to consumers, were floated, moving eventually to an even more open market of providers.

But as energy prices keep skyrocketing – many rises, few reductions – there are people who wonder in retrospect whether it was a good move to make. We’ve gained choice and can receive our electricity from any number of providers these days, but are we really better off?

Why was Electricity Privatised?

The privatisation of all utilities was essentially a foundation of policy of the Conservatives under Margaret Thatcher, a move away from state ownership towards much more of a competitive, free-market economy that included the sale of council housing to tenants, the foundation of British Telecom, British Gas and more.

There was some sense to it. State utilities were subsidised by the government and did not make money – in fact they ran in the red overall. Privatising them would free up government funds for other uses and generate profits that would bring in tax revenue. In theory, too, it could bring benefits to consumers, through competition that could lead to reduced prices. Private utilities would issue shares and make money.

Those were the building blocks behind privatisation, and people did make money from shares, which were oversubscribed. However, the real picture wasn’t as rosy as the government predicted. The cost savings largely came from job losses, according to one report.

Privatisation and the Consumer – Studies

But what about the person at the bottom? A study by the World Bank showed that they were the real losers in privatisation, no matter how it had been sold to them. At the end of the 1990s, consumers had lost between £1.3 and £4.4 billion, a staggering figure, largely due to costs falling much faster than prices.

By contrast, the government gained up to £1.2 billion, and those who had shares in electricity companies saw profits ranging up to £9.7 billion. There have been examples of price-rigging in the past, and there are still frequent accusations of energy prices being set too high.

Another study from 2005 stated that since consumers were given choice of their electricity provider in 1999, the overall prices paid by householders have increased by 5%, whilst energy costs in general have fallen by 35% (other figures say the domestic bill fell 11% after people could choose their own domestic suppliers, although since 2005 they’ve risen very sharply). The simple, and unfortunate, fact is that households represent just a small, disorganised part of the electricity market.

The original idea of competition forcing prices down might work for large consumers, but for all the government huffs and puffs, no effective regulation has been put into place to help the small consumer. This has been especially true for those with pre-pay meters, who pay an even higher rate than the rest of us.

There are many websites these days that compare energy prices and urge people to change to find the cheapest rate. In July 2008 wholesale electricity prices to providers had risen 47% over the previous six months, and so customers received double digit increases in their bills, meaning household expenditure on energy (gas and electricity combined) was running at 5% of net household income, with the rises particularly worrying for those on fixed incomes, even allowing for annual fuel payments to the elderly.

Would retention of state control have made a difference? To an extent, yes, but rising wholesale energy costs couldn’t have been absorbed indefinitely. That said, there would have been limits, and almost certainly less exploitation of household consumers. So, has privatisation made us winners? Probably not. But it’s too late to turn back the clock now.

Do you feel competition has helped keep a limit of energy costs? Looking back over the last 10 years, are you spending significantly more on electricity now? Do you think electricity suppliers could do more to help householders, even at the expense of profits? What changes do you think the government should make?

How to Avoid Electricity Cut Off
Share Your Story, Join the Discussion or Seek Advice..
You write a whole web page saying how bad privatisation is and then ask people for their opinion. You might get some skewed statistics here methinks.
OmmipotentWizard - 14-Jul-13 @ 3:48 PM
EDF HAVE MADE £3 billion profit and the French own it,the lousey rotten Conservatives are to blame,and we the public pay for this stupidity!now that clown Lansley is privatising our NHSit is not His to privatise,the trouble is people just let these prats get away with it,everyone should complain to their MP now before it is too late.
mikeeiley - 14-Feb-12 @ 5:33 PM
Title:
(never shown)
Firstname:
(never shown)
Surname:
(never shown)
Email:
(never shown)
Nickname:
(shown)
Comment:
Validate: