Home > Internet > Bundling with Other Utilities

Bundling with Other Utilities 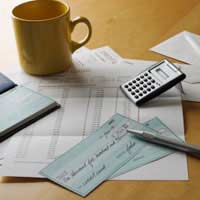 As more and more utility companies begin to partner together or merge, it becomes harder to work out the value of each offering. Where have all the recent cheap broadband providers come from and can you save hard-earned cash by switching?

Broadband was initially sold by companies who were already selling internet access, although a few were started up purely to sell broadband, such as Bulldog Broadband, now owned by Tiscali. However other companies, particularly those who can see the convergence of communications and entertainment platforms on the way, have got into the broadband market too.

Television Companies Get in on the Act

Sky and Virgin are the two most obvious examples of this. Virgin have now bought all the major cable companies in the United Kingdom and have always been able to offer broadband internet access over that network as well as television and telephone calls.

Sky cannot use their satellite system for domestic internet access (it is very expensive so usually only used by businesses), so they recently started offering telephone calls using the UK landline telephone infrastructure. Technically it's not such a big step from there to being able to offer broadband too, and now they are able to offer telephone calls, broadband access and television.

Prices are very good at the time of going to press, but you have to be a Sky tv and telephone customer to be able to get their broadband, and you need to be in an area that Sky's telephone network covers. Cynics might think that Sky are selling the service cheaply to be able to buy customers and will put prices up once they feel they have a big enough market share.

Many telephone service providers have branched out into broadband too. Companies such as The Phone Co-op, for example, have always offered dial-up internet access and were quick to offer broadband when it came out. One advantage there is that you can be a broadband customer without being a phone customer, although it’s cheaper if you take both.

A number of mobile firms have entered the fray; O2 and Orange now offer broadband alongside fixed line phone calls. And BT, of course, who have always offered internet access alongside telephone calls, are now adding television services with their BT Vision product. They can also now offer mobile services.

After being forced by the regulator to sell off their mobile operation in 2001 (now O2) they are now able to offer PAYG and monthly mobile phones and one neat product, BT Fusion, which acts as a mobile when you are out and about and as a cordless phone on a landline when you're at home within range of the base unit.

One advantage of getting a bundled service is that you have fewer bills to settle each month, although some companies, although they offer a number of services, have yet to integrate their building systems so you will still get more than one bill. The main disadvantage is that once you've got everything set up with one company, it makes it harder to switch when you find a better deal.

If you have broadband with one company that is providing you with telephone and mobile services too, you may find that if you want to switch your broadband to a different supplier your phone and mobile charges will go up, as you may lose the bundle discount.

What to Watch For Before Switching

This means you have to look harder at every aspect of your broadband costs, and other associated services, before making any switch. Also look at the small print to find out what length of contract you are being drawn into before you make the move, many of the cheap deals on offer tie you in to long commitments, not just on broadband but on the other services that are bundled with it.

If you don’t do your sums you may find that the price of a cheap deal now means getting tied in to rising prices later.