Home > Overview > About your Gas Supply 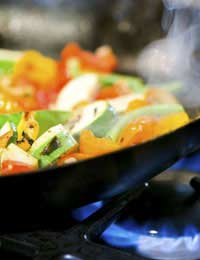 The privatisation of the gas industry in the UK came about in the early 1980s, only forty years after it had been nationalised. That nationalisation had been part of the government's efforts to take control of strategic resources as the country rebuilt after the Second World War.

Gas was not particularly widely used until the discovery of natural gas reserves in places such as Algeria and Louisiana, which could be shipped to Britain in a liquefied state. It took off even more when similar reserves were found under the North Sea, and during the mid-1960s and mid-1970s a massive programme changed the whole country from using stored gas, either imported or generated in the UK, to directly piped natural gas from the North Sea.

The Conservative government that had swept to power in 1979 had promised to privatise many services and gas was one of the first to be tackled, after British Telecom. Prior to denationalisation the gas industry had been organised into twelve regional gas boards, under the umbrella of British Gas, so it was British Gas that was privatised, with a prominent advertising campaign featuring the "tell Sid " slogan, in an attempt to encourage as many private 'ordinary' investors as possible.

The second stage of the Conservative's plan was to introduce competition, by deregulating each service market. In the case of British Gas, as with many of the other services, this entailed splitting the company up into separate divisions that controlled part of the operation. This would then allow other companies to enter the market and deal with each operating division as required.

British Gas was therefore reorganised, in 1996, into five divisions:

The following year there was a demerger of British Gas into two separate companies, Centrica plc, which operated the gas fields in the North Sea and handles distribution in the UK, and BG plc, which took the Transco business and international exploration and production remit.

In common with the other newly privatised services there followed a period of mergers, demergers and buyouts, often with each other but also with other companies that had emerged from other service-oriented privatisations. So for example the Transco part of the business is now part of the company that owns the electricity distribution system, the national grid, and British Gas (now a brand name under Centrica) sells electricity, home and mobile telecommunications products, and central heating installation and repairs as well as gas.

The upshot for the consumer is that they can now buy gas from various different suppliers, most of whom were originally the old regional gas boards or suppliers of other similar services such as electricity. By keeping an eye on the prices offered by the various suppliers, customers can save money if they switch at the right time.

This can backfire though, as price rises are rarely advised in advance, and the cheapest provider that you switch to one day might well put their prices up the following day, so it is something that takes constant monitoring and assessment. The internet is a great help here, as there are many different websites that can help with the comparison and switching process.