Home > Water and Sewage > Background to the Privatisation of Water 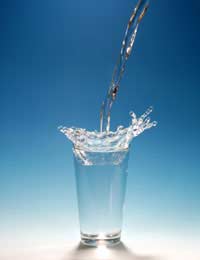 This article looks at the run-up to the privatisation of water and sewage services in the England and Wales in 1989. As is touched on in our article in the Overview section, the privatisation was different to many of the others in that water rates payers saw access to drinking water and sewage services as a right, not a commodity to be bought and traded to benefit share-holders. They were concerned that profits and pay would be the top concerns of private water companies, not the quality of the drinking water and the efficiency of the sewage systems.

Creation of the Regional Water Authorities

In the early 1970s the ruling Conservative Government in the United Kingdom, under Prime Minister Edward Heath, had reorganised water and sewage services to take them out of local government control. The Water Act (1973) created ten Regional Water Authorities (RWAs) to take control of the assets of the river authorities and the water supplying operations that the regional governments and previous water authorities had previously owned and operated.

The ten Regional Water Authorities were then placed under central government control using the National Water Council, a body created from the ten chairmen of each RWA and ten other people appointed by the government. The Council was responsible for water policy and enforcing regulations on water quality and water conservation.

This concentration of the control of water effectively laid the way clear for water to be privatised but whether the Heath government would ever have followed through is a moot point, since he lost the 1974 General Election after the 'Winter of Discontent'. Industrial action resulting in power blackouts and the imposition of a three-day working week to conserve power are largely credited with his downfall and Labour presided over power for the next five years.

Margaret Thatcher returned the Conservatives to power in 1979 and she immediately set about breaking the power of the unions, by changes in the law and direct confrontation. Once that was out of the way the privatisation of public utilities could begin in earnest and the first attempt to privatise water came in 1984.

Water rates payers' vociferous opposition to those 1984 proposals caused the plans to be put quietly aside. This was largely because of fears that the issue might cause the Tories to lose the 1987 General Election, but once Thatcher was reinstalled the wraps came off and within two years the privatisation of water had been concluded, to the dismay of many water rates payers.

The ten RWA's were converted into private companies with shares sold off to the public, as well as institutions, as a sop to compensate for water rates payers' eroded rights. Debts of over five billion pounds were written off and the new companies were given over one and a half millions pounds investment funding, all of it tax payers' and water rates payers' money.

Reasons Given for Water Privatisation

The reasons given for privatisation were that greater efficiencies would arise from private sector control, that private water companies would have access to more capital to finance upgrades and improvements and that the creation of competition would drive water bills down. None of these were backed up by any studies or reviews of other water companies operations around the world, either private or public.

The real reasons were to divest the government of the costs and responsibility of providing quality drinking water and sewage services. The sewers used largely the same Victorian infrastructure which would soon need massive investment to replace and the droughts of the early 1970s had shown that water conservation was about to become a massive headache.

As it turned out the fears of water rates payers all over England and Wales were realised in full. No competition has been created, jobs have been slashed, water bills have rocketed, and executive pay jamborees and profits for shareholders have replaced water quality and water conservation as the key drivers for the water companies.

Even the right wing national newspaper the Daily Mail, usually a staunch supporter of Tory policies, concluded in 1994 that water privatisation had become the biggest rip-off in Britain.