Home > Water and Sewage > What Utilities You Are Paying For

What Utilities You Are Paying For 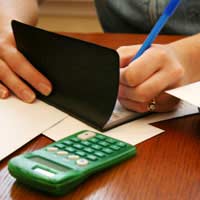 Most people in the country pay water rates or bills but it's unusual for anyone to think about the different supplies or services that make up the bill. Obviously there's the supply of water and the removal of sewage, but it can be broken down a little more than that and it's a useful exercise as there will water and sometimes money to be saved.

The water supply part of the service is fairly simple: you pay for the amount of drinking quality water that is supplied to the house, whether you drink it, wash in it or use it to water the garden. If you're on a meter you pay for what you use and if you're not, you pay a rate that is determined by the 'rateable value' of your house. In many cases the regional water company will separate this from the sewage disposal on the bill.

The sewage part of the equation is made up of two components, usually referred to as foul water and surface water. The foul water covers both the sewage from the toilets and the less dirty water that has been used for washing, bathing, washing clothes and dishes.

The toilet waste pipes are usually the thickest of the pipes (referred to as 'soil' pipes) you see on the outside of a house, unless they have been installed internally, which is sometimes the case in newer houses these days. The other waste water from sinks, basins, baths, washing machines and dishwashers eventually goes into the same system.

This non-sewage waste water is known as 'grey water'. It is collected in smaller diameter pipes and may join the soil pipes above ground, at a junction fixed to the wall, or below ground. Sometimes the grey water pipes simply end just above a drain which also takes surface water down to the sewage pipes underground. These take all the soil, grey and surface water away in one network of underground pipes.

The surface water is the rainwater that falls on and around the house. The water companies are responsible for taking this water away and in most circumstances it goes into the sewage system. There will be a system of gutters and drainpipes that collect the water that falls on the house and takes it down to the underground network. This stops the water resting on the walls and soaking in, damaging the fabric of the house.

Occasionally the drainpipes take the water to a soakaway, probably in the garden, which is a pit filled with rubble or gravel. This literally soaks the water up and slows it down, dispersing it into the surrounding ground slowly.

What's This All About Then?

The reason it's worth understanding these separate items is that it can help you save water and in some cases money too. The easiest thing to do is install water butts on the drainpipes. This will give you extra water for things like washing cars or watering the garden in times of drought.

If you can install a soakaway, and divert all the surface water from the drainpipes into that rather than the sewage system, then you can apply for a rebate from the water company on the grounds that it's less water for them to deal with. It may also help with localised flooding as it's often the inability of the sewage system to cope with the deluge into it that cases rivers to rise and burst their banks.

If your grey water pipes join the sewage system above ground it's probably quite easy to divert the water into a tank. This can then be used to water the garden, so you can legally run a hosepipe through any drought conditions when there's a hosepipe ban. Even if there isn't a ban, you may simply think it's immoral to use good quality drinking water on a garden when there's a plentiful supply of slightly used water available.

It is also possible to take it a step further, particularly if you are trying to create a more 'green' lifestyle, and that is to collect grey water in a tank and pipe it back to the toilets and use it to flush them This will involve a bit more engineering as you'd have to change the pipe work which currently takes fresh water to the cisterns.

You would probably also have to pump water back up to the bathrooms and toilets, and you may want to have a filter system in a collecting tank to take out some of the impurities. But it's not that hard a job for the committed environmentalist.

So whether you're looking to save your money or a little bit of the planet, it's worth having a look at the bill and your water systems to see if there's some savings to be made.